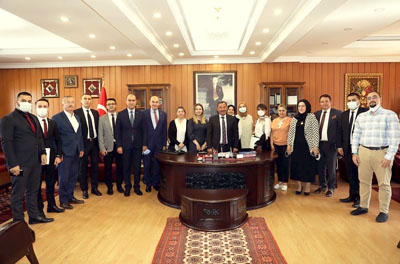 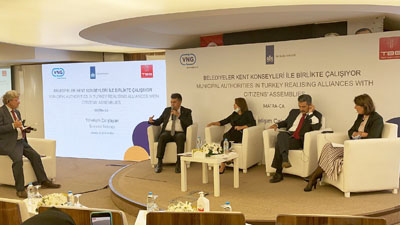 ‘MATRA-CA has been very fruitful and enlightening in a way that led us to learn the good examples and experiences of Holland on citizen participation at local level. And of course, it is such a distinguished experience to work with citizens’ assemblies, council members and municipal staff all together for the same purposes.’

‘The task-force governance workshops were highly useful for our citizens’ assembly. We are conveying the needs and requests of citizens to the municipal management, and we get the problems solved, but we realised that we are not providing feedback to the citizens about what has actually been done to solve the problem. So, we decided to pay more attention to that. For example, we requested the relevant municipal council decisions to be forwarded to the citizens’ assembly.’

According to the legislation, citizens’ assemblies shall be established in every municipality within three months following the local elections with the aim of bringing together local stakeholders to identify and discuss the development priorities, problems, and visions of the city, and to develop solutions on the basis of sustainable development. Opinions formed within the citizens’ assembly shall be included in the agenda of the first upcoming meeting of the municipal council, and duly deliberated.

By bringing this longstanding country experience together with the already existing conducive legislation on public participation, and enriching its implementation with Dutch good practices, MATRA-CA aims at improved local governance in Türkiye, and greater public participation in local decision-making processes with the help of procedural participation.